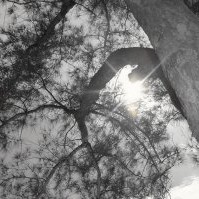 This is an open letter to my children’s generation about drinking. I am asking for your consideration and I’m not above begging you to hear me out.

There was a backlash after Prohibition. That isn’t uncommon, really, with prohibitions of any kind. The pendulum swings and the bad thing is suddenly the most wanted thing on the planet. And once that happens, society finds a way to make it acceptable and that progresses to it being desirable and before you know it the once-avoided thing has become the goal.

I know it isn’t quite that simple, but back in the day booze was bad and everybody knew it. Husbands drank and abused their wives and children and left their families for a new life somewhere else. Wives drank and escaped reality and took their own lives. Grownups drank and became reclusive and lost their friends. Teens drank and wrecked their cars and killed innocent people walking home from ball games.

Once upon a time believers in Christ decried drinking for a variety of reasons. It was unbecoming of someone focused on fleeing all appearances of evil. It caused onlookers to stumble, and that made it not worth risking. It altered thinking, and believers didn’t want to be taken outside of fully functioning faculties, especially if they were responsible for other people’s lives and safety. Outside of “a little wine for the stomach”, alcohol simply didn’t have a place at the table of the saints.

Then the pendulum swung with a mighty force and suddenly it made a believer more “real” to imbibe. Before long the cool Christian kids were throwing back shots and sipping spiked punch right alongside those whose moral compass had never been challenged by the power of strong drink. It became a thing to nurse a beer with a cool-sounding name at Bible study, celebrating how real everybody is. Nobody can accuse them of being holier than thou–no, sir.

But see, I remember a darker side. I was little, but I remember watching alcohol destroy lives and families, one of which was mine. I saw it tear into both of my parents, and when I was a teen it tore into me and I wrapped myself in its embrace to escape the shame of having been forced into the drunken encounters I endured as a little girl. I hurt, and alcohol became my friend.

Only it wasn’t my friend at all. And it could have cost me everything had I continued to give into its pull. Thank God I didn’t. And today I have a pretty hard time seeing it as cool or hip or acceptable–for anyone, but especially for those who endeavor to follow the Creator of these minds and bodies that even a drop of alcohol eats away.

Today booze isn’t treated as bad. It’s kind of a pal, really. What’s hard for me is when I see the damage that “pal” is doing right under our noses. The accidents, the abuse, the blood, the brokenness, the loss. And by the time most people realize its potential for destruction, it’s too late. The young girl who dies from the shots taken at her twenty-first birthday party. The young man who is convinced he hasn’t consumed enough to impair his ability to safely drive but kills himself and someone else’s only child because he was wrong about his limit. It’s too late.

So I’m begging you to consider something. Is it worth it? Would it still be worth it if the worst happened? I look back at all that could have happened to me but by the grace of God didn’t. I see people today who are grieving unspeakable loss and feel pretty sure they would tell you no, it most definitely is not worth it.

It doesn’t make you cooler to drink. People around you might like the shared experience. They might make you feel good by saying you are more approachable, more “real” when you pop that cork. But I have to tell you that what I feel when I see you drink is deep sadness and disappointment. I feel deflated in ways I can’t come near wording. I try not to say too much, because I know the truth is you really don’t want to know what I think.

It isn’t that I think you are a lesser person because you drink. Far from it. It is because of your value that I bother to write these things at all, because they are more painful to word than I can possibly explain. It’s more that I hate what drinking takes away from you, what it risks for you and others, what I’ve seen it do that I’d rather you not experience.

So I say very little out loud but I pray deeply that the lure of drinking loses its hold and that you move on in your life uninhibited by the loss of brain cells, that you go forward made safer by the lessened risk. I pray that you see more clearly that consuming liquor is not necessary to an amazing life, and that it stands more of a chance of preventing one than making it more likely.

And I love you. Whether I know you or not. And I want you to have the best chance possible to live the full life you were meant to live alongside those you love. I want you to have a better chance of not living out the sadness I’ve seen. That is my heart.

Beauty You Won’t Want to Miss

These are my people.

Facing the Music of Marriage & Motherhood

Our family's journey with autism and Soma RPM (Rapid Prompting Method) and learning all about our son, Ryan, after unlocking his voice through a letter board after 8 years of silence.

Inspiring, Encouraging, Healthy / Why waste the best stories of the World, pour a cup of your favorite beverage and let your worries drift away…

Hope is among us!

Poetry of the heart, from the prairies to the world.

Hearts building a home, one day at a time...

One writer's tales of life as a writer. Sometimes, I'm helpful.

The Move goes to Ireland

finding the art of the everyday

The latest news on WordPress.com and the WordPress community.